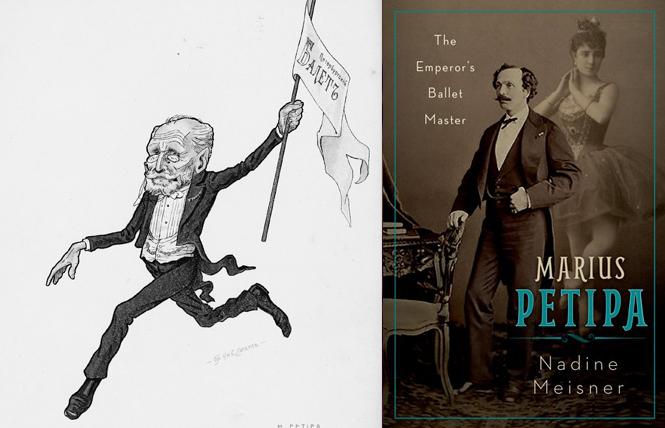 Not all queers want in their dreams to dance like swans. Even so, the image that probably comes to mind when you think of swans and ballet was the brainchild of Marius Petipa, the great 19th-century choreographer who brought "Swan Lake" back from oblivion by creating a new production in 1895 that has gone on to conquer the world. The Swan Queen is iconic, like the Mona Lisa. If you had only seen the Ballets Trockadero's brilliant parody of it (they're dancing it in drag), you'd still understand the style, the mystique, so powerful is the after-image the ballet leaves in your mind.

So it's a great thing that finally a full-scale biography of Petipa has arrived, the first to appear in English, published by Oxford University Press in solid, beautifully written text by the British journalist-scholar Nadine Meisner. It fits that a Brit should write this, since the Vic/Wells [later Royal] Ballet's aesthetic was explicitly based on Petipa's "Sleeping Beauty" and "Swan Lake." Petipa's style, as filtered through Margot Fonteyn, is what Meisner was raised on.

She has written an affectionate, thoughtful life. Fresh research on Petipa has burgeoned in Russia, with international conferences based in the archives of the Maryinsky and the Bolshoi Theaters, which were long closed "behind the Iron Curtain." Reconstructions of Petipa's choreography for "Sleeping Beauty," "Raymonda," "Swan Lake" and many other ballets in Russia, Europe, New York, and Seattle, based on original notations, have sparked interest. Meisner has surveyed all this and brought it together in 350 pages (plus 150 pages of endnotes) that touch on most everything and provide the general reader and the scholar with a reliable reference. It's not a definitive biography, but it should be the beginning of a lot of new work. 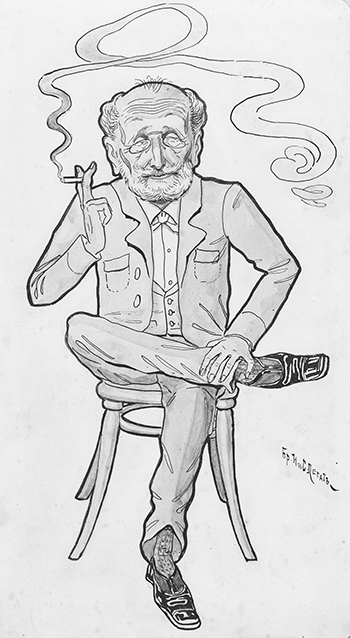 Petipa lived a long life; there's much ground to cover. Born in France just after the fall of Napoleon, he lived til just before the Bolshevik Revolution, 60 years of it spent in St. Petersburg as principal dancer, ballet master, occasional choreographer under other chiefs, producing hit ballets along the way and uncovering new talent all the time. His last protégée, Anna Pavlova, like his first (Maria Surovitskaya, his first wife), united a weak technique with great flair for projection, so the music became visible. He could also choreograph for dancers whose only charm was a strong technique, and make them look interesting. To that he added fertility in creating huge spectacles, moving large masses of dancers in interesting patterns, and building climaxes with surprises inside. In his first big hit, "The Pharaoh's Daughter," he created a ballet five hours long, with so much drama, a sandstorm that collapsed the scenery and terrified the audience, that noone was surprised when the protagonists took refuge in a pyramid and smoked a lot of opium, then entered a dream of Ancient Egypt that allowed for fantastic scenes where desperate rivals for the heroine's love duel. She dives into the Nile, which of course requires a whole underwater vision scene with Naiads, etc. In a later scene, statues with baskets on their heads come to life and dance, and at the end, children pop out of the baskets, 72 dancers in that scene alone.

Petipa could do with ballet technique, theatrical machinery, costumes, and music the kind of thing that challenges computer animators today. Both Petipa and Pixar want to make you see things that are only imaginable move with unique style, energy, rhythm, attack that make you believe in them. So the God of the Nile, or the Swan Queen, or the Diamond Fairy, each needs a kind of energy that shows up in moves that fit who they are. Petipa excelled at this. He made a dance for a monkey in a tree that made the young George Balanchine sitting in the audience want to dance that role.

Petipa married a student with a great talent for folk-dance rhythms, for acting, and made her his star. Exactly what the "Me too" movement would predict came to pass: she eventually petitioned the tsar for a separation, which was granted. Meisner notes that one of the first ballets Petipa made for her, "The Blue Dahlia," was a Pygmalion story: a gardener breeds a flower so beautiful he falls in love with it, but wants more control over the dahlia than reality allows. Meisner is charitable toward Petipa, more than many will be comfortable with. Alastair Macaulay in The New York Times pointed to a dark sexism in all Petipa's ballet, which seems to glorify women but makes them dependent on men for support. It's obvious that nobody could balance on pointe for the duration of the Rose Adagio, hold such a refined position while rotating slowly, without support. This was understood to be a triumph for the ballerina, and an image of sovereign power in the queen who is to be, which unquestionably formed part of the character of young Queen Elizabeth, who granted the charter to Sadler's Wells that turned it into the Royal Ballet. Lacking a queen, in this country we have no countervailing pressures to oppose the caustic effect of our president's misogyny, and the current climate of opinion is scathingly hostile to apologists for an artistic director crossing the line. Petipa could be sharp as a teacher, and in rehearsal. After his wife, he worked more closely with dancers whose defects he did not have to conceal. The first Swan Queen, Pierina Legnani, had both plastique and technical power, as did his Aurora, Carlotta Brianza.

Petipa emerges as someone you'd like to work with. Under Perrot and St. Leon, he seems to have been an able assistant who could take some of the burden of producing ballets for four theaters in both Moscow and St. Petersburg off the boss' shoulders, create a five-hour ballet in seven weeks, then be a decent boss for L. Ivanov, his more-than-able assistant who choreographed half of "Swan Lake," and a delightful collaborator with Tchaikovsky, who thrived under Petipa's direction.

The chapters on the last great ballets summarized will not tell scholars much new, but for the general public they will illuminate a lot. This is a book I will return to again and again.